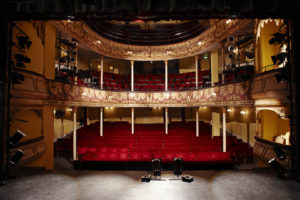 So, what does happen after the curtain comes down? When the show ends, is it the end? Or do the feelings, ideas and thoughts somehow live on?

Ending anything can be an awkward affair. In fact, ending an awkward affair can be most uncomfortable of all (or so I’m told…). But why is that? Is it because we all harbour an innate fear of the big one?  Yes, I’m talking about death – let’s name and shame here. Is each goodbye a little prelude to the one nobody wants to discuss?

There are, of course, plenty of theories on what does happen after we leave this existence. Indeed, some are so attached to them they are prepared to kill those that have a different perspective. Which is kind of ironic, when you think about it.

Well, it’s all fairly pointless really, since none of us can really know for sure. So, why not get on with the bit we do know about? It’s messy, frustrating, difficult, challenging, often depressing, enraging and more besides but maybe that’s the whole point. Maybe that’s what we’re here for; to run the gamut of all those feelings and emotions.

This next show will be attempting to explore all of that – and take you along for the ride. Or maybe the other way around. Maybe it’s you who will be taking me with you. If you’ve been to either of the ‘Think of…’ performances so far, you’ll know these things can never be for sure.

Everything is in Hand

Preparations are now well underway. The next posting will reveal a little more of what’s in store. But this will be a little tricky since – as you should now have come to expect – there may be  a surprise or two planned.

So, this could be  a little like a character actor from a new Bond movie sitting on the sofa with Graham Norton. Basically, not able to reveal anything at all.