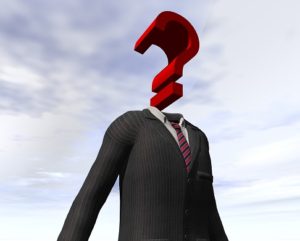 “In ‘Think of a Song, you left out the songs altogether… in ‘Think of a Sequel’ you had completely improvised songs… so, what are we going to get this time?”

Those were the words of my dear friend Jim, yesterday evening. We were in the pub, waiting to see the fabulous Arthur Smith’s show ‘Syd’. This, in case you don’t already know, was part of the Bath Comedy Festival. That is another of the terrific events we have every year in this fair city and it’s not too late to get along, if you have not already done so.

The One You Are All Waiting For…

Of course, the one you are really all waiting for is the Bath Fringe festival. This is the highlight of the year for any free-thinking, creative-living, novelty-devouring, arts-loving person. Of which, I know, you are one.

So, go on then, what’s going to be new about your show this year? I hear you ask. Well, quite simply, this time you will actually get to hear the songs in their original format. And how is that ‘Fringe’? I hear you ask (you do ask a lot of questions). Without giving too much away, the Fringe part comes with the theatrical setting and the -ahem – surprises.

No, I won’t spoil anything for you. But be assured, this will be a continuation of the deconstruction of what makes ‘a show’. So, once again, prepare to be: confronted with unusualness; challenged by broken taboos and discomfited by unexpected goings on.

Chiefly, though – as you well know by now – the key intention is to entertain. Not only that, but you will be uplifted, moved and – hopefully – inspired by what you see, hear and feel. Don’t believe me? Read the audience feedback from ‘Think of a Sequel’ (and that bit I didn’t write!).

"congratulations for the show it was amazing, it surprised me in a really good way, I had lots of fun, thank you"

"Loved it and the great sentiment shone through so strongly. You're not a naughty boy - you're a very good Messiah!"

"Incredible work, you totally smashed it... huge thanks for inviting us into your process and the magic of the performance itself!"

"Just to let you know if you already don’t. That it was fantastic. Improved on last year, which I thought would be very hard… You should tour that."

"you are utterly bonkers in a very sweet and endearing way... your show needs to be seen by as many people as possible"

See you there. Tickets are now on sale: