I don’t know about you but I hate plot spoilers. For that reason, it hasn’t been possible to pay tribute to all who have contributed to my ‘Think of a…’ Fringe shows. However, I think it safe to give mention now to those that have helped provide the wow-factor in the previous two performances. 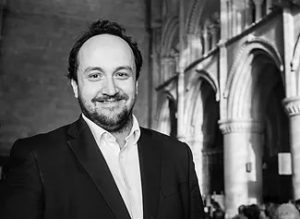 Francis Faux supplied the ‘secret choir’ that patiently sat through ‘Think of a Song’, awaiting their moment at the finale. This was an idea I had earlier on, then tried to ignore. However, like the impulse for the show itself, it just wouldn’t go away.

So, I asked Francis – just weeks before the performance – whether any of his choir, ‘Lucis’, would like to take part in an unusual event.  ‘I have a better idea’, he said; ‘use my students’. Which, it turns out, was a stroke of genius. They were not only open-minded enough to take this on. They were also talented enough to nail their parts at the first run through.

After that, it was just a question of trusting they would: a) show up on the night and b) have learned their parts. I needn’t have worried. They were astounding. The hairs stand up on the back of my neck just thinking about their wonderful, spirited sound. Don’t believe me? You can see the footage here:

Watch ‘Think of a Song’ now

In ‘Think of a Sequel’ I had a different surprise up my sleeve. In that show, dancers were  hidden in among the audience. These sprang to life during the penultimate song, ‘Play’. Their task was to embody the song’s call-to-arms for the free-spirited. Which, of course, they did with flair and gusto.

Leading these were two long-term collaborators, Matt Cleary and Michelle Rochester. Matt works with pupils with severe learning difficulties. He is also a highly-respected performer and choreography. His recent collaborations have drawn on synaesthesia for their inspiration.

Michelle heads the charity Make a Move. Through this, she tackles a whole range of mental and social issues using movement.

It’s not all just prancing about, you know…

So, who will be behind the scenes for this latest show? Well, I’d like to tell you but then I’d have to kill you. Alternatively, buy a ticket, come along and see for yourself. You’ll be glad you did.